Takeshi Saji is the leading blacksmith in Echizen. Saji was born in Takefu in 1948 in a family of second-generation smith. In 1992, he was officially certified as a “Traditional Master Craftsman" by the Japanese “Ministry of International Trade & Industry”.
His knife blades are shaped by traditional hammer-forging technique with his unique ideas and designs, to achieve a beautiful, powerful appearance and a quite sharp cutting edge with better hardness. 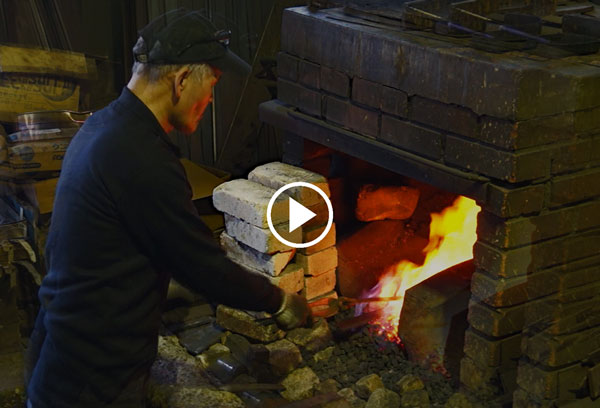 "Echizen" is the historical area in Fukui prefecture, including Takefu city, as one of Japanese important knife capitals.
The kitchen knives made in the Echizen is called Echizen Uchi Hamono. The art of making Japanese kitchen knives has a history of about 700 years.
Echizen Uchi Hamono is designated as "Traditional Crafts" by the Minister for Economy, Trade and Industry.